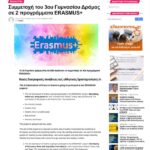 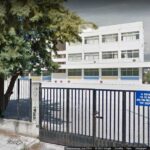 I.C. “G Falcone” is a public educational institution that is a landmark for the area in which it is located. Since its inception in 1980, it has promoted educational programs to promote innovation and inclusiveness and to combat school and social discomfort.

The Institute is located in the “Pianura” neighborhood, located south of the Camaldoli hill, on the western outskirts of Naples and borders the neighborhoods of Fuorigrotta, Soccavo and Agnano. Along with Soccavo, since 1926 belongs to the Municipality of the City of IX Napoli. The flat area surrounded by hills, home to an extinct crater, determined his name right from ‘Roman times (Villa Planuriae Majoris).

Nowadays, our school has 60 classrooms in which more than 1,300 students are studying supported by 130 teachers and 10 staff.

Relevant projects and activities“CIBUS” project – Stimulating and guiding the discussion about supply as the style connotation of life and culture of a people.

Facilitate comparison between different cultures and promote the meeting and knowledge through the sharing of culinary experiences.”EXPOPianura” project – Realization of the event focused on the culture of Christmas around the world, on the basis of the international exhibition EXPO in Milan.

«CULTUS” project – Using artistic expression as a mean to promote intercultural dialogue and to develop the critical sense and the comparison between languages and different sensibilities. .“Frater” project – Developing the values of solidarity and cooperation with a view to an idea of the multi-racial and multi-ethnic society.